An Autumn Picnic with Bubbles... 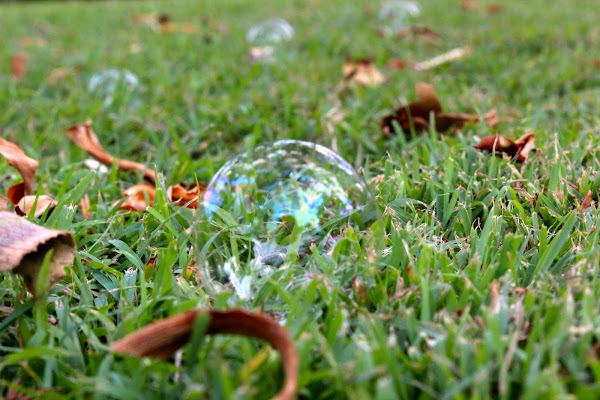 A vast and beautiful green park, somehow magically placed beside a humming city was the scene for our autumn picnic yesterday afternoon. Our picnic site was on top of a grassy knoll, beneath giant old oak trees through which honey-coloured rays of sunlight shone. The grass was soft and cool to walk on with our bare feet as we set down a large colourful beach towel to serve as a picnic blanket. My good friend Nicole, whom I met in Kindergarten a very long time ago accompanied me with her beautiful three and a half year old daughter, Adannaya. 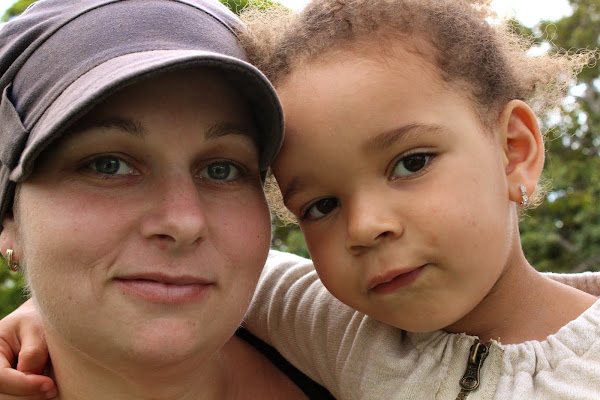 Nicole began to unpack her large hamper immediately, first the chilled drinks and dip and crackers, then the beautiful freshly roasted chicken and avocado lunch wraps she had prepared. Ada assisted by unpacking all of the cutlery in one neat pile, before skipping and jumping around on the grass happily to her own playful chatter. 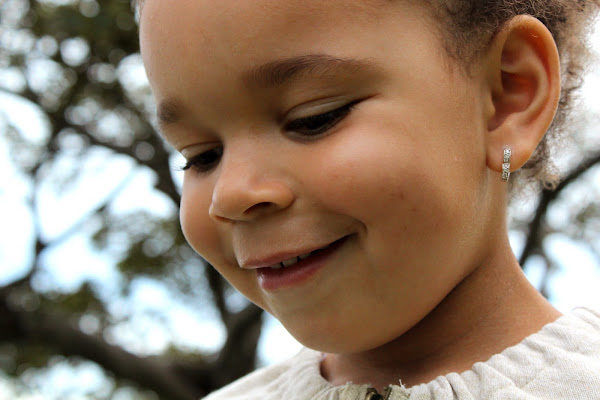 I peeled the lid from a warm potato salad I had literally finished preparing the moment before I hopped into Nicole's car when she collected me from home. The creamy salad was filled with golden roasted potatoes, fetta cheese, grilled chorizo and whole egg mayonnaise, with oregano and cracked pepper (I have another variation of this 'comfort-food', which I cannot wait to share with you very soon!). I then unclipped the lid of the mini quiches Byron had baked especially for our lunch. 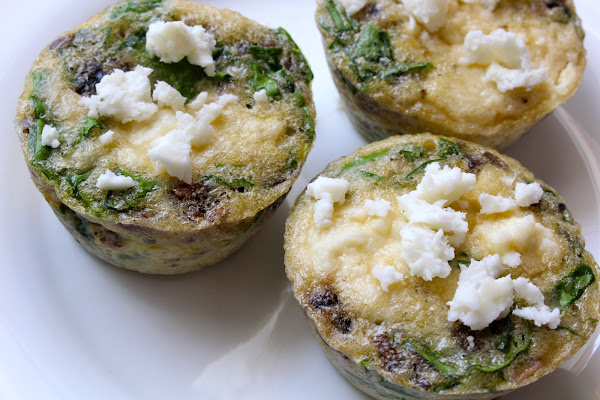 Very soon the aromas of our food saw Ada bounding back for something to nibble on, and of course a few gulps of cool, sweet orange and mango mineral water. 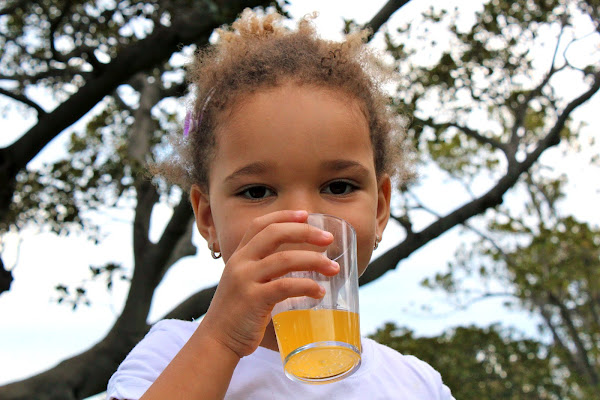 It was at this point that Nicole presented Ada with a long plastic tube filled with liquid. 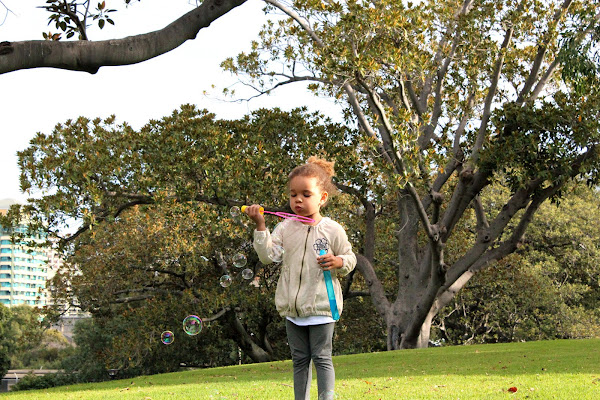 'Bubbles!' Ada squealed, and for the next two hours Ada blew bubbles with us and tried to catch them in the breeze. 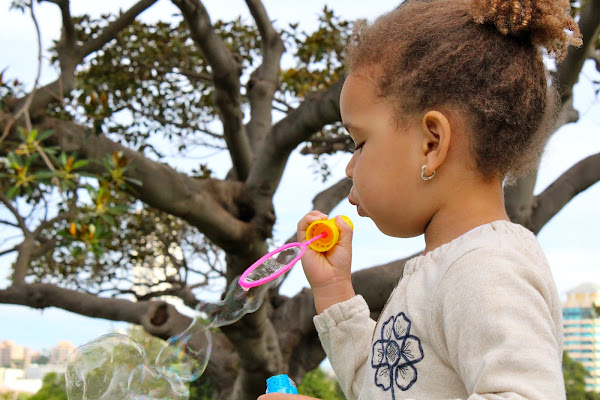 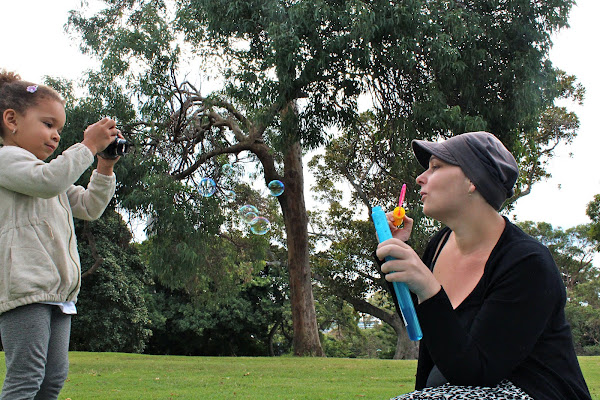 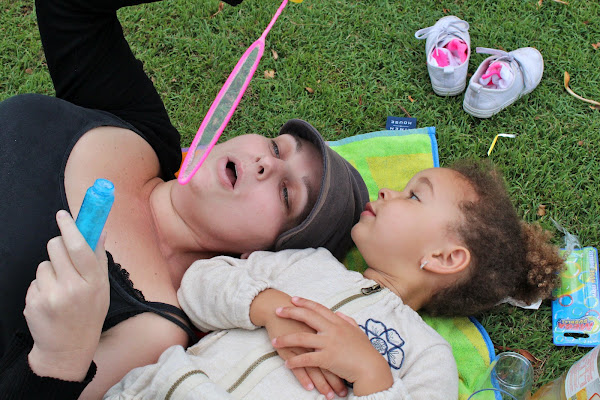 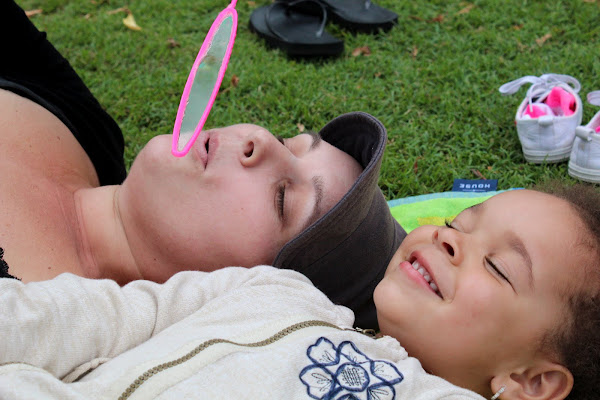 We laughed and played as Ada took a million (or more) pictures on Nicole's Canon G11. Ada captured images of bubbles... 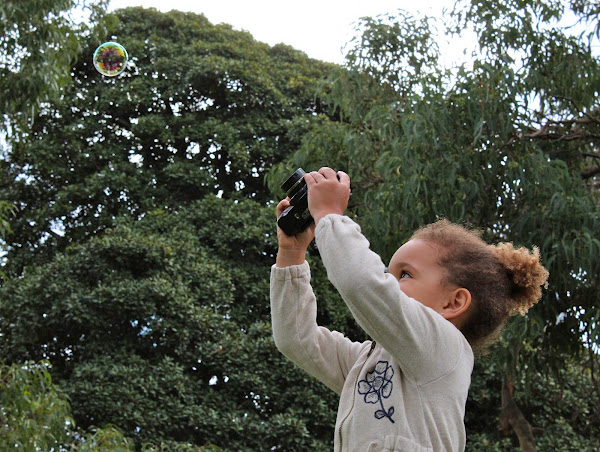 ...trees, grass, birds, her fingers, her toes, Nic and I chatting (I think Ada did very well for this photo)... 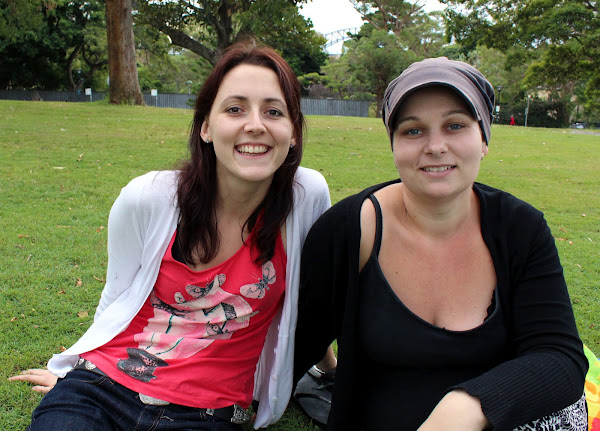 ...and just about everything else you can imagine, which Nicole fondly named 'pictures through innocent eyes'. 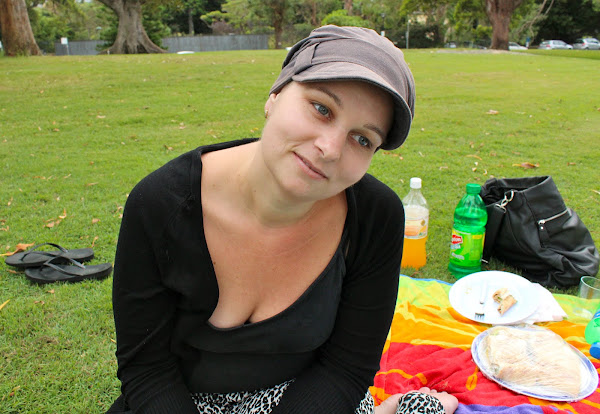 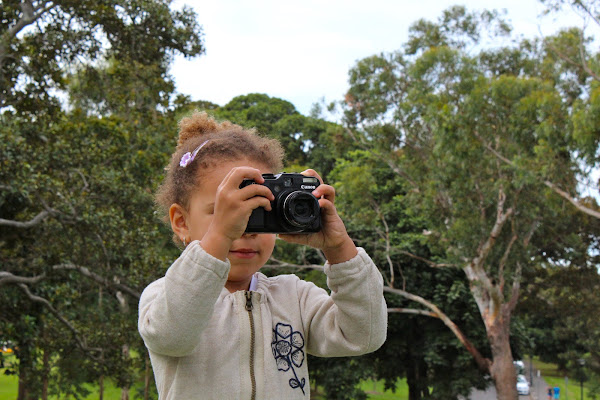 It was a perfect Autumn afternoon, cool and a little cloudy, with just the perfect amount of sunlight and I have to admit, it was very special for me to see how Ada and her loving mother played together. 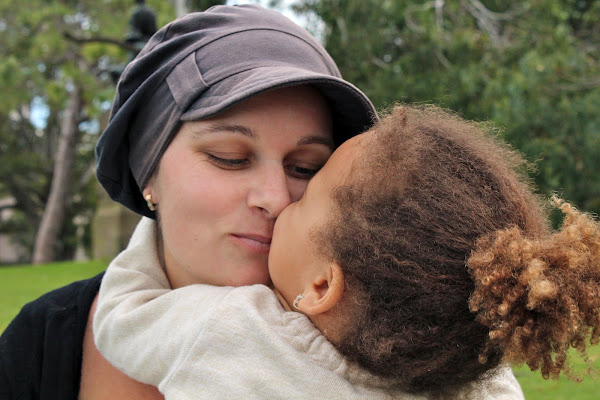 After our lunch had settled, I brought out the mini gluten free pear, hazelnut and cinnamon cakes I had baked earlier that morning and as Nic and I chatted away our afternoon very happily, I was amazed at how quickly the time passed. 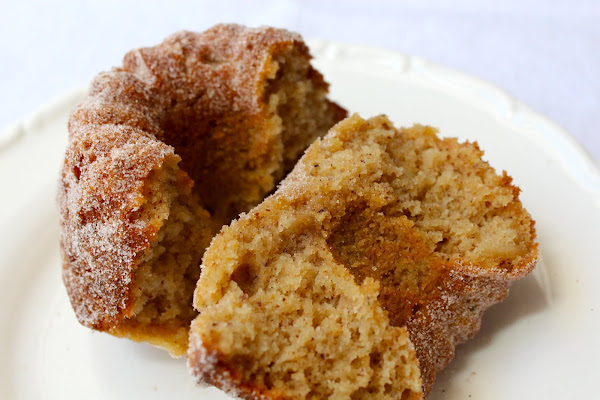 It wasn't long until the sky grew a little darker in the late afternoon and a shiver prompted us to slip our cardigans back on that we realised it was time for us to begin to pack away our picnic.

Just as we were about to leave, we had an unexpected visitor. It simply wouldn't be a picnic without one of these little guys! 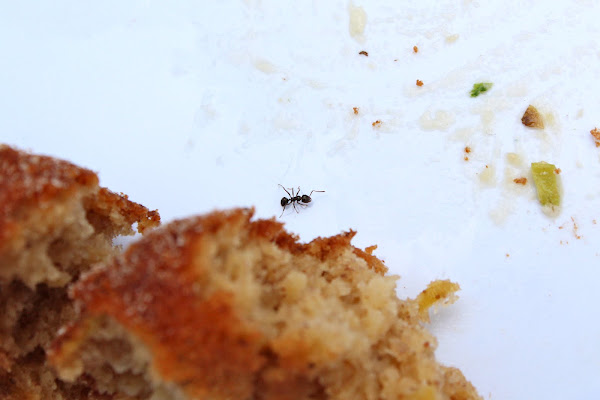 We piled everything back into the car and Nicole drove me home, where we parted ways after possibly the best picnic I have ever been on.

I will share the picnic recipes during the week but for now, I'm going to have a glass of red to accompany a gluten free italian pasta I whipped up in 15 minutes. Minimal effort, plenty of flavour and I think... Perhaps a feel-good movie will provide the ideal end to a relaxing and fun weekend.