When I was a young girl I had an older female friend. When I say older I mean we formed our friendship during the years when I was fifteen and Jean was in her sixties. Jean was married to Terry, one of my father's dear fishing friends who owned and operated the local fishing tackle and bait store and I actually knew Terry for several years before I met Jean. In the days before most households had internet access, when there was no such thing as ordering something online (gasp!), my father and I used to visit Terry's little shop for the latest lure, fishing line, rod or reel imported from America (which was always loosely translated to mean it was the top of the line and best quality). Terry would ask how I was enjoying school and spend as much time discussing fishing as he would chatting to us about life, my school work, and asking about my mother.

When my father passed away, my friendship with Jean really blossomed. Jean was a strong woman, with a kind nature and generous soul. She invited my mother and I for tea and biscuits and would talk about life in an open and interesting way, with a mixture of humour and grace. She would not dwell on the sad situation, there was no elephant in the room creating an awkward silence. When we visited Jean I didn't have to listen to someone pour their heart out for an hour about how sorry they were for us or how close they were with my father. We already knew and instead, Jean advised me to hold onto my values and to respect myself. These were values instilled in me by my mother, yet hearing the same advice from Jean seemed to solidify what my mother had taught me. Perhaps it was because I valued thoughtful advice from a lady who had lived a full, and what I believed at the time to be a long life, especially seeing as I was a tender 15 years of age and my father had passed away in his forties. 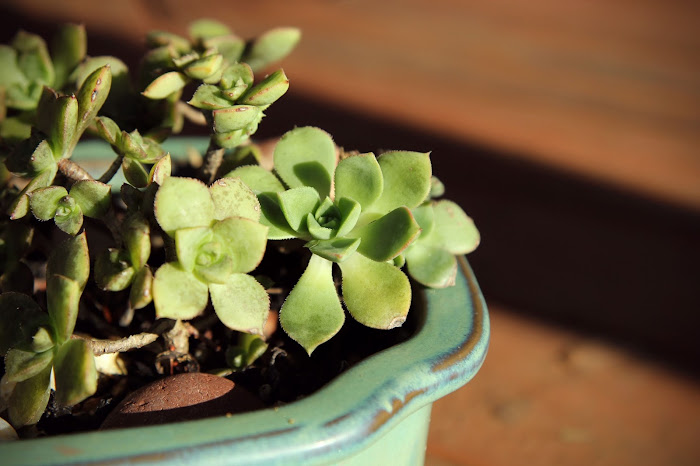 When I moved away for school, Jean and I wrote letters to one another. Jean's letters always smelled sweet with the faint hint of flower-scented paper and her lovely words appeared in perfect cursive handwriting. Unfortunately after a short time, Jean's letters grew less frequent. At the time I was a somewhat self-conscious young girl, a vegetarian, a loner at my new school and had broken up with my first boyfriend who I believed at that rocky time was The One. I thought about Jean less often as I attended classes and tried to blend, unnoticed into the walls.

For some reason we stopped writing completely. There was a lot going on in my life and my attention was directed elsewhere for much of the time. It wasn't until I reached university that my mother told me that Jean had passed away. I remember feeling angry at myself for not writing more letters. I felt like I had neglected my friend when she had shown support and love for me. My mother informed me that Jean had succumbed to complications due to advanced Alzheimer's Disease. I remember feeling very cold as I couldn't believe the funny, witty, interesting lady who captivated me as a young lady could hide such a terrible illness from me. Jean was a lovely friend, a rare friend who was not bound by her symptoms and lead a vibrant life for as long as she could. I recently learned Terry had told my mother that Jean treasured my letters and would ask Terry to read them to her over and over again. Terry mentioned Jean did not wish to be remembered as a lady with a degenerative condition, but rather as the vibrant, funny, and kind woman he knew and loved. This is how I remember my friend.

When I think about what is means to be a friend, I recall the kind gestures others have shown to me during my life and especially during my times of need. These relationships are the ones that I treasure. If I could be a better friend, it would be to show the same kindness that I have been shown by my dearest friends. I want these friends to know that I will be there for them through the breezy times and the tough. From waiting in hospitals to changing a flat tyre in the dead of a rainy, wintry night. I would pay the kindness forward and I would say, 'Hey, I'm sorry I cannot make it to your ugly-sweater themed birthday party but in my heart of hearts I wish I could be there to celebrate your remarkable life with you and I promise to visit you another time.', I would offer my home to a long-suffering ill friend and bring her fresh flowers to brighten her room. I would let my dear friend who moved away to an exciting new job in a busy city know that I think about her everyday and hope that she is making new friends and leaps and strides in her new career and relationship. I would let my mother know that I need her much more than she will ever know and would move mountains for her if she needed me.

It's not too late to let your friends know how much you appreciate them. After all, friends are the family we choose for ourselves.