Where to begin? This is going to be a long one, so boil the kettle and I'll wait here. I promise to include lots of pictures. 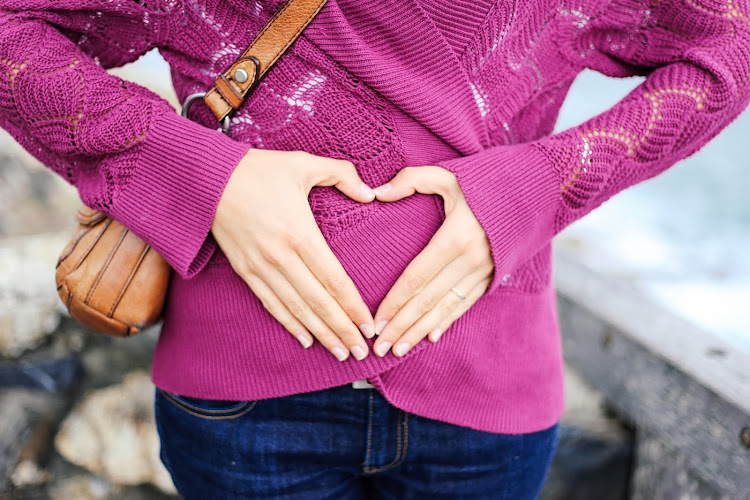 This picture was taken on the coldest summer's day I can ever recall. We were playing around at a lookout on a beautiful island, practising cliche maternity pictures and poses for an idea I'd long mulled over where I had wanted to start taking maternity photos. We were behaving like a young silly couple, hopelessly in love before a heavy downpour saw us racing back to the car… On the other side of the island. Cue shivers, laughter and sloppy wet movie style kisses.

But I digress… Because this picture of me, with my long fingers shaped like an abstract love heart over my belly was actually taken when I was pregnant and I didn't even know it… 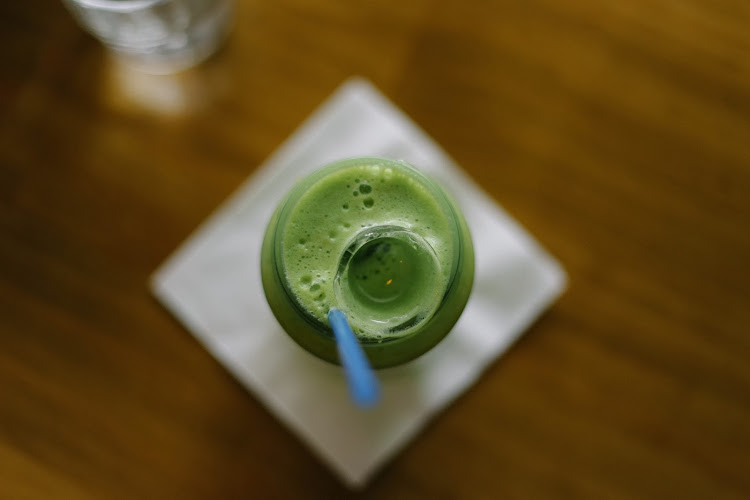 Earlier that day we'd visited a favourite cafe on the Jetty strip. I slurped down this fantastic Earth Juice (green apple, lemon and ginger)… 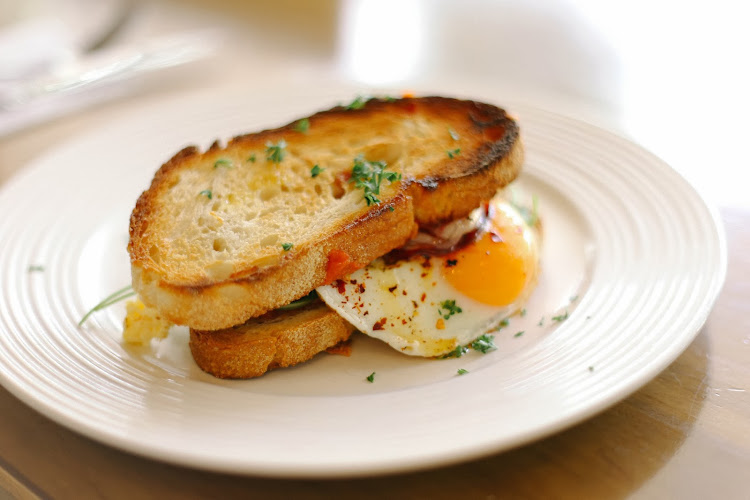 Whilst Byron chowed down on this impressive egg sandwich. I think I ordered something similar with runny egg yolks. You know the ones that taste like warm cheese sauce. The gooey, delicious kind pregnant women aren't supposed to eat due to the associated health risks from eating undercooked eggs… But I wasn't pregnant (or so I thought) and I didn't care... 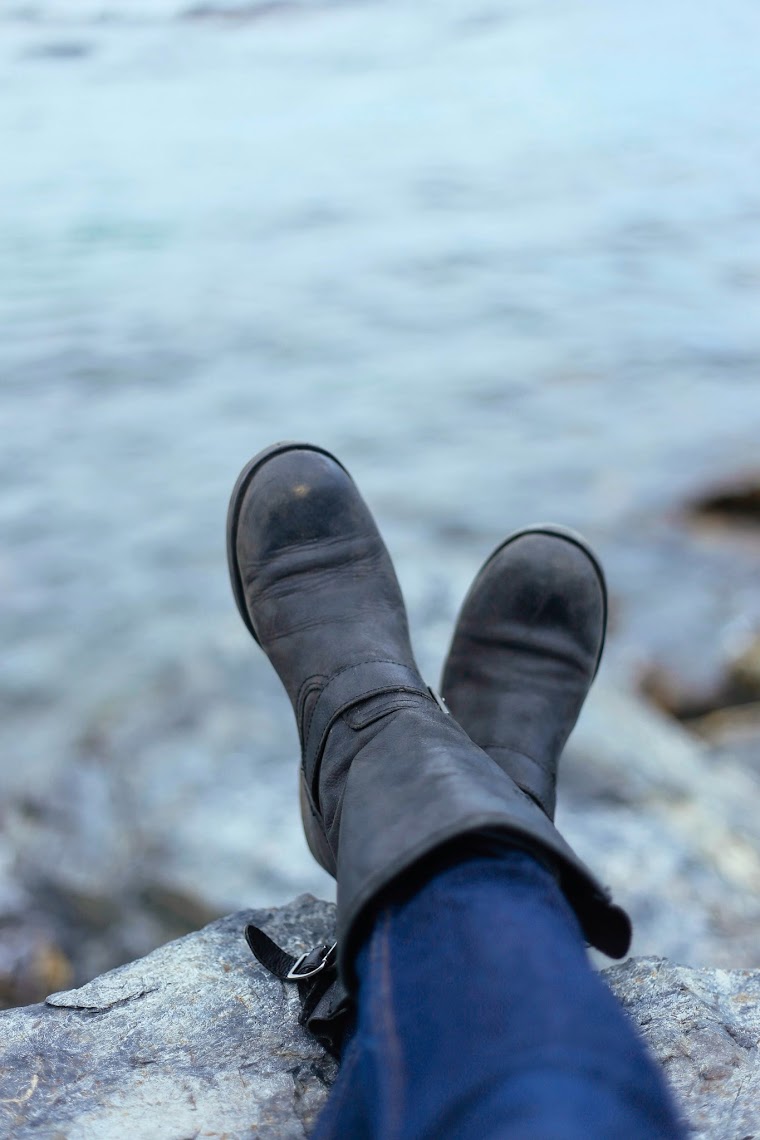 Some hours later we found ourselves wandering about the marina, climbing precariously over the chunky cold concrete blocks of the break wall. Byron raced to the local fish co-op whilst I sat with my legs dangling over the sea, staring down at my favourite boots as seagulls squawked past, possibly miffed that I did not have any seafood to proffer. 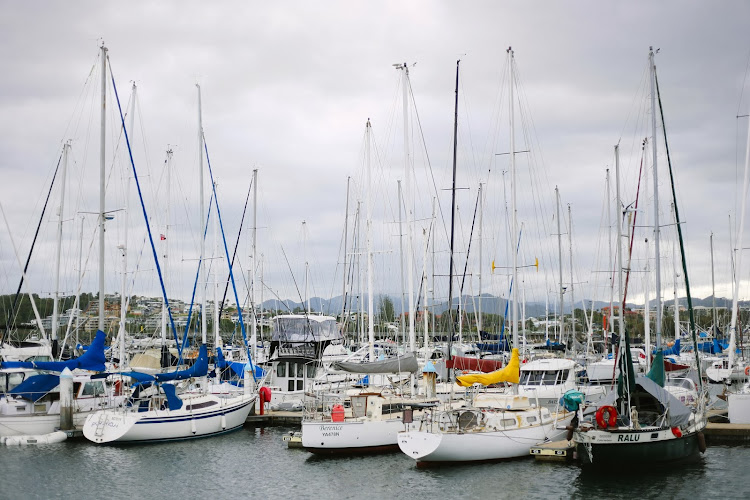 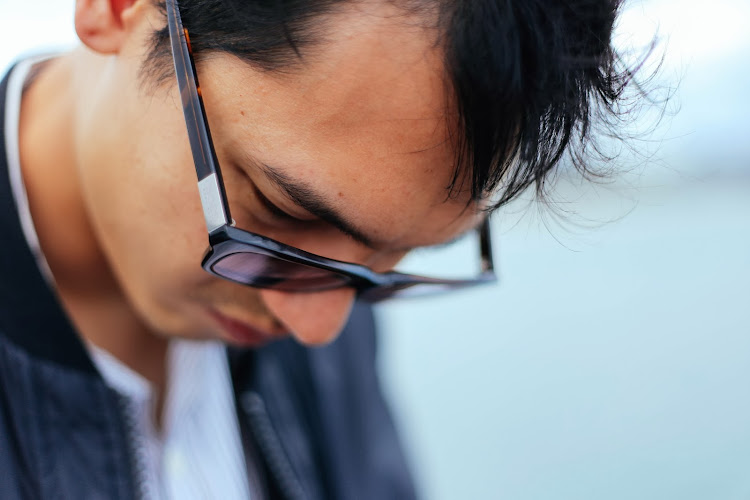 Shortly Byron returned yielding a dark bag, a dripping handful of sliced lemon and his trademark gorgeous smile. You know the one, that same smile he used to melt my icy exterior when we first met. But I digress again… 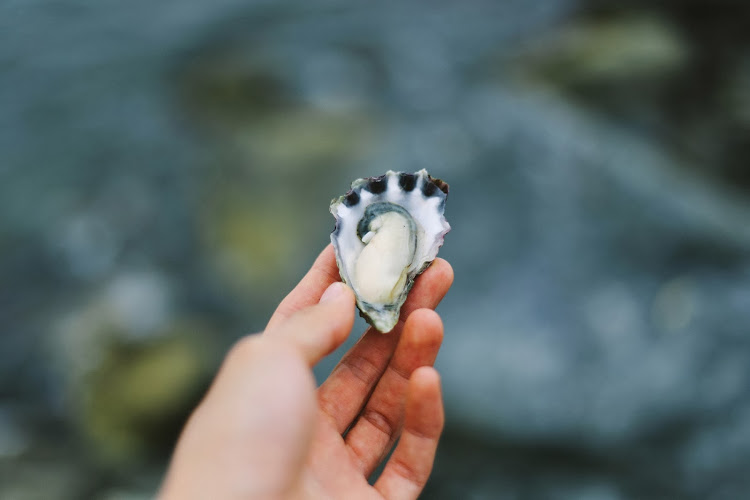 He carefully unveiled twelve perfectly shucked fresh oysters, frowning a little with concentration as he dressed each with a drizzle of lemon before handing me the first. We took turns slowly savouring the salty, creamy texture of each oyster, stopping from time to time to point out the sails of a yacht, the audacity of our new seagull friends and to talk about how wonderful oysters taste. You know the kinds, the raw ones that pregnant women are not supposed to eat. I recall thinking at the time, 'I'm savouring this flavour because I couldn't eat fresh oysters if I fell pregnant.' 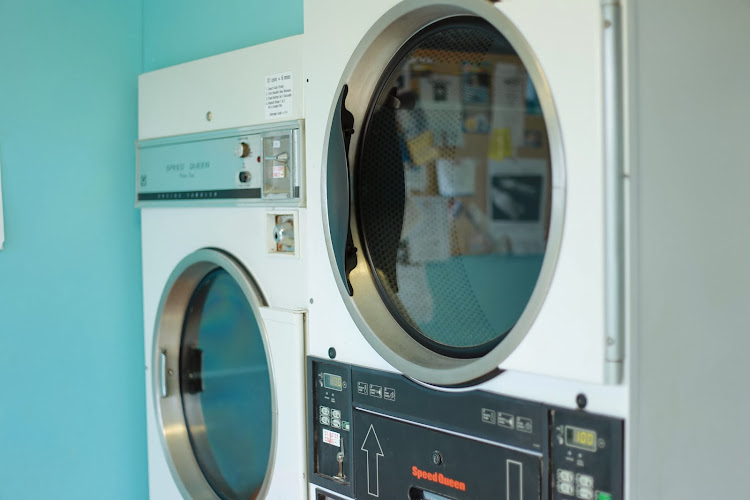 After we finished, the first drops began to fall. We raced to the coin laundry, were we sat beside aqua painted walls and large white dryers as one hummed quietly, warming the air and fogging the windows. 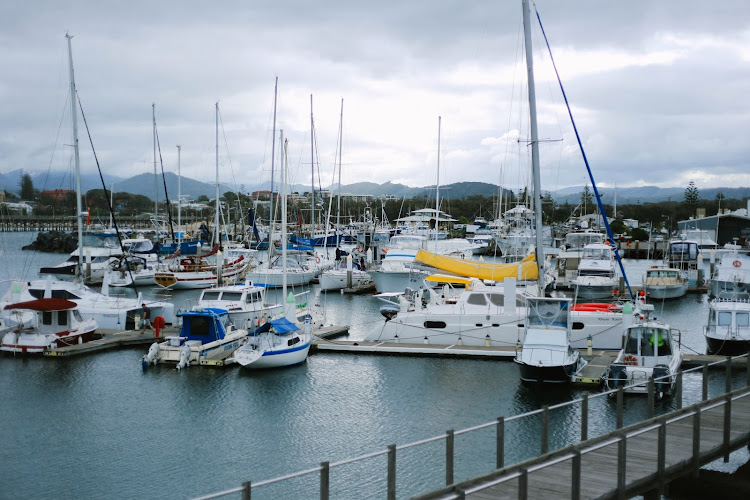 The rain eased to a light sprinkle and so we set off along the marina to the foot of the island. Many people were racing back, some underprepared for the cool weather; girls in tiny shorts and sandals, men in singlets and board shorts. It was freezing and they were saturated. We must have been the only crazy people to tackle the island as storm clouds continued to rumble as they rolled overhead. 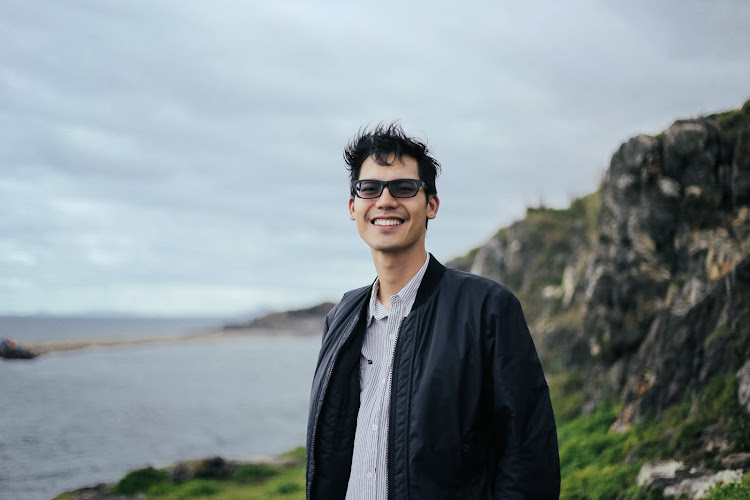 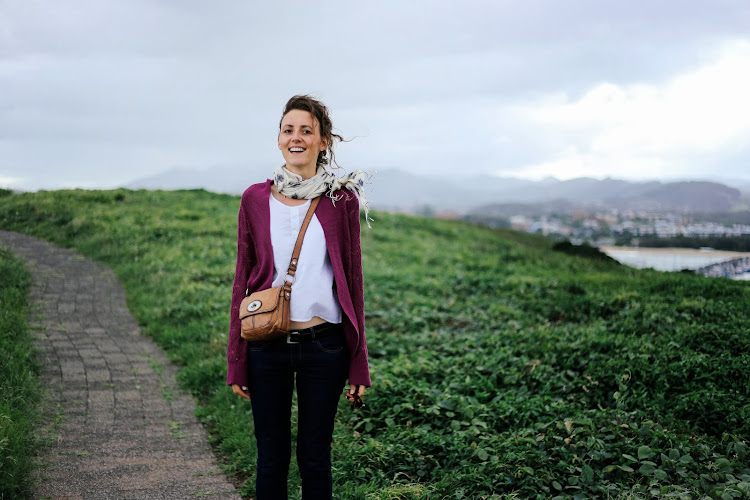 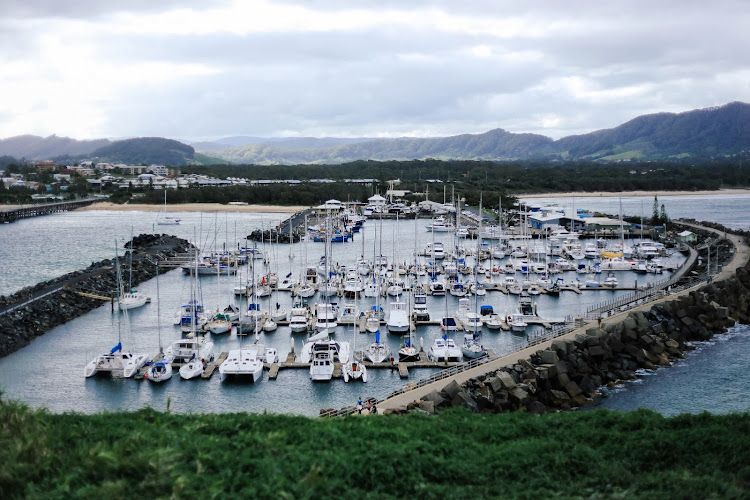 I'm surprised the rain held off for as long as it did, but when it began to fall, we were trapped on the wrong side of a steep island, holding an expensive camera, and wearing thin jackets and light cardigans with large loops in the fabric, exposing our skin. 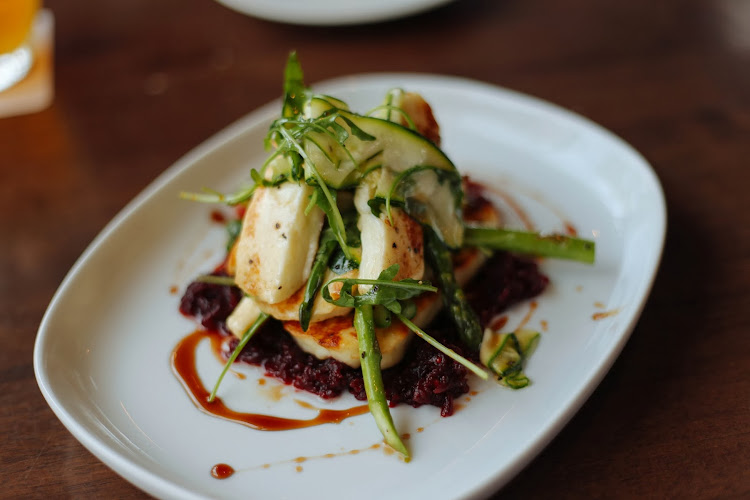 We raced to the shelter provided by an overhead restaurant and waited until a pause in the sheets of heavy rain to sprint through wide puddles to the car. Once inside we dried the camera and inspected the lens for droplets. Not one. That is unheard of. Not wanting the adventure to end, we towel dried our hair, and wiped the water from our faces with the beach towel I keep on the backseat, collected the umbrella and made our way back to the restaurant. 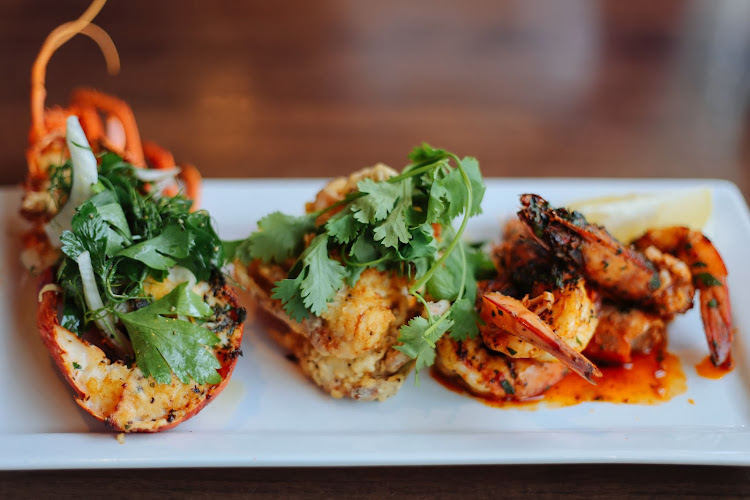 Here we dined on haloumi, lobster, soft shell crab and grilled prawns. You know the type of food pregnant women should be very careful to ensure that it is cooked thoroughly and steaming hot before eating? Well it was, but I wasn't concerned with which lobster cooking techniques are safest for pregnant women because I was eating lobster! 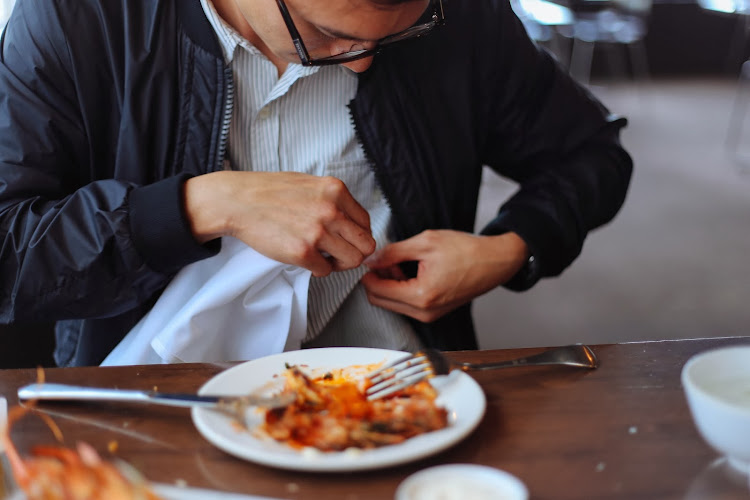 Byron enjoyed his so much, he saved some for later. Which reminds me, does anyone have any hot tips for removing stains that consist of cheese, oil, prawn juice and tomato smeared into one orange blob? I tried SARD Wonder soap and a good soaking, but it seems to have set…

Some weeks later, as you may recall if you've visited this little blog recently… I fell ill. The worst kind of ill, where you lose weight from constant vomiting and don't have the energy to get out of bed to run to the toilet. The kind of sickness where you have to be carried to the car to see the doctor and require your meals to be administered in liquid form.

Then something happened. Something we never expected as a couple who had tried and tried, and tried to fall pregnant and had decided to stop trying, to stop the stress and heartache in favour of adoption some time later down the track.

I think the fuzzy image below adequately sums up the general gist of the rest of this post. For those of you who may be new to the world of obstetric ultrasounds, what you are observing in this grainy image is our new baby during it's first trimester of development. 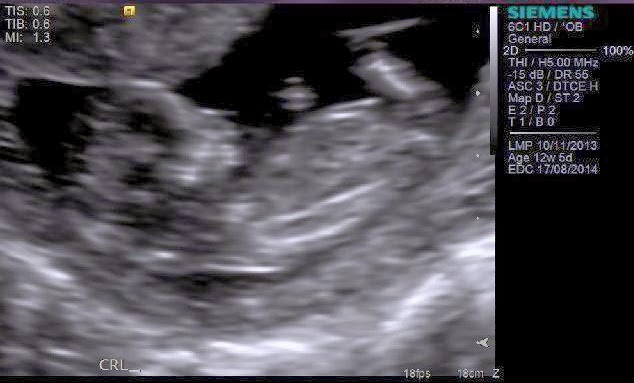 A little while ago we had this ultrasound taken at 12 weeks, 5 days gestation. This tiny being, invisible to the naked eye held a captive audience of four people, three of whom watched with with amazement and silent disbelief; the fourth manoeuvred the ultrasound wand and 'introduced' us to this active little creature.

It's hard to believe that this tiny, active little developing person is inside me as I type this.

However, it's not so hard to believe that Hyperemesis, when coupled with a kidney infection could make me feel like I was dying.

I cannot feel you yet. No sign of any movement, no hint of a flutter, no bubbles or butterflies and yet I saw you move. My mother said you had the hiccups, you arched your back, flexed your tiny fingers, swallowed and poked out your tongue.

You did all this from within me and how I wish I could feel you. But I know you're there and that's enough for now.

I may have no energy, have lost tone in my legs from bed rest and have lost the desire to cook but I am pregnant and you are my number one priority.

You are due on August 17th, a winter babe. I will take care of myself, just as your papa has done. When you meet him, make sure you thank him as he has worked tirelessly to bring us food and water at all hours of the night. He has held my hair from my face when I have been sick, held me up in the shower and he has struggled to see your mama suffer so badly.

We can't wait to meet you, Pecan.