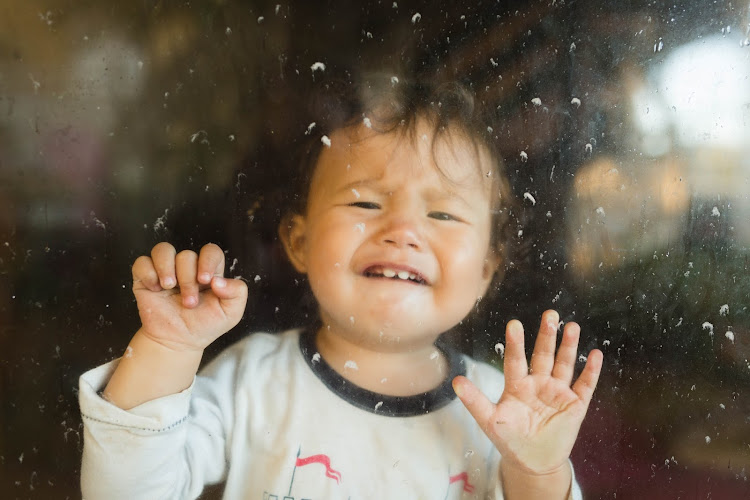 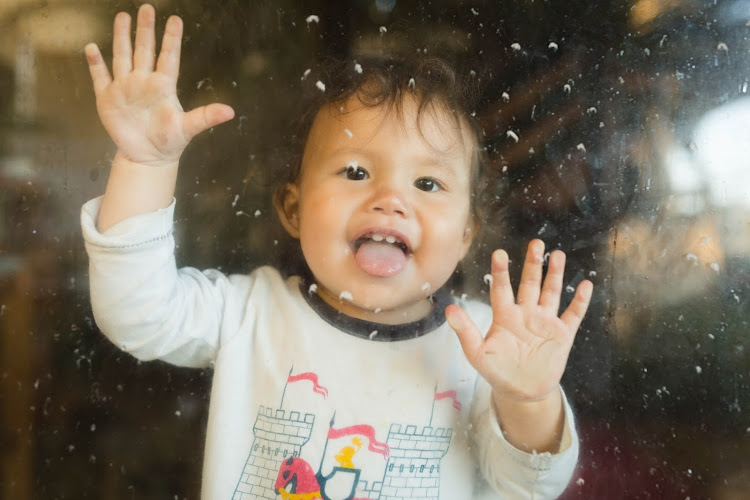 290/365
Fake cry, dirty windows
There have been some interesting new developments in the world of make-believe. As wintery days began to warm, we saw the first hints of deliberate fake-crying. It was usually accompanied by some 'Oooohhhs' and squinty eyes but now we have crying sounds, a whimper, a furrowed brow and more recently, grubby garden hands slapping against an even dirtier window.

We live by the sea, almost everything is covered in a salty, grimy film, which attracts and seems to collect the dust.

Thankfully it's outside. I'd hose it off but it just started to rain.

Fake-cryer... I almost believe you. Almost.