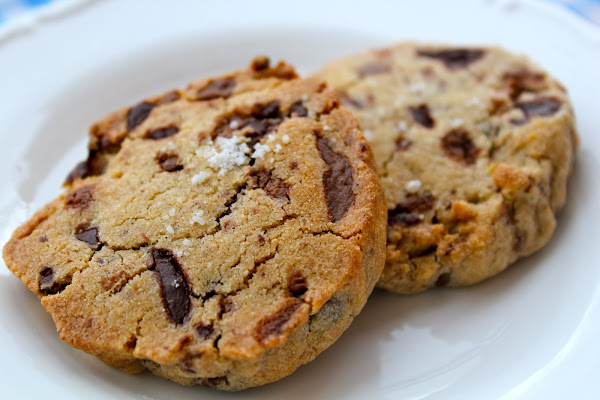 On a grey and drizzly morning a couple of Saturdays ago I awoke to the gentle sound of rain lightly falling against brick and concrete outside my bedroom window. A quick squinty glance at my phone reassured me that I hadn't overslept. I reset my alarm because I have always hated that dreadful sound it makes, like a submarine alarm blaring and whilst sleepily flicking through some pictures of Byron on my phone, I was startled to see my friend Kailee's name flash up on the screen.

I answered the call before it had time to ring and announced, 'It's raiiiinnnniiinnng!', rather than the usual 'Hey Kails' because I was expecting her call, only perhaps a few hours later.

Kailee's tone was immediately off-putting. There was something wrong. Kailee and her husband, Lachlan were travelling to the city from the central coast to visit in this terrible weather and in Kailee's words had 'run into something on the highway'.

Afraid of the answer, I asked, 'What have you run into?', half-expecting a serious accident, the rest of my mind thinking 'It's just an expression, they've probably just run into heavy traffic'. However, the answer threw me for moment.

They had been driving south on the highway when they skidded on something slippery on the road and had spun into a wall, ruining their car and scaring the living daylights out of the both of them.

Thankfully they were ok, no injuries, just a totalled vehicle. I use 'just' loosely here because it's a new car and they were now going to be late for something they had planned to be a part of, Byron's and my registry wedding.

Knowing they were ok, and with an action plan in place following a brief discussion on what they should do (they were still coming and waiting for a hire car), I hung up the phone feeling a strange combination of relief and fear that something much worse had been narrowly avoided, through very careful driving on Lachy's part.

I called my mother to let her know I was up and that she should come over to have breakfast so we could start getting ready, then placed my phone on my bedside table, stretched and stepped out of bed.

What to do on the morning you get married... I had no idea, I hadn't done it before. In fact I had barely slept as I was up late thinking, painting my nails, thinking, washing my hair, thinking, making the finishing touches on my DIY brooch bouquet and ... thinking. Marvelling is probably a better choice of vocabulary.

At 2.00am the night before I could not believe that in less than 12 hours I would be marrying my best friend. I was ready and I knew that, I felt it and it calmed me, but what I wondered was how I had arrived at this point. How had I gone from being in love to being in love and knowing that I was ready to marry Byron, it baffled me.

After a restless night, followed by the heart-in-my-throat conversation with Kails, I decided to start the day and begin my carefully planned morning and what better way to quell my nerves than to bake some cookies? For everyone knows, there is no better way to relax, than surrounded my the delicate, sweet aroma of chocolate chip cookies baking as the rain gently falls outside. 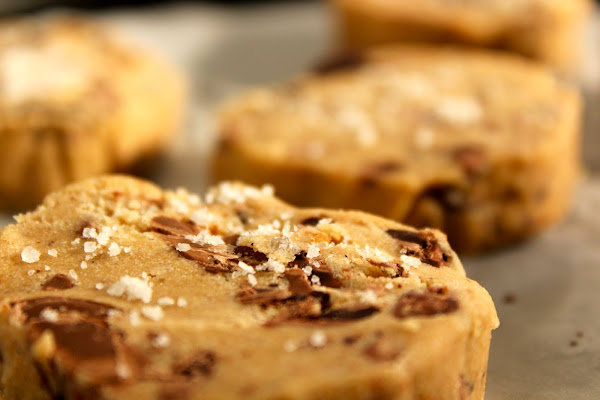 In a large bowl, combine the butter, vanilla, brown sugar and fine raw sugar. Using electric beaters, cream the butter until the sugars and vanilla are well incorporated. Pour in the lightly beaten egg and continue to beat until you have a smooth mixture.

In a separate bowl, sift the flours together, add the baking soda and fleur de sel. 1/4 teaspoon is sufficient if you are liberal with your fleur de sel sprinkles on the top of the cookies. However, if you prefer less salt on the top of your cookies, add 1/2 tsp fleur de sel to the flours now. Whisk the dry ingredients together, then add to the butter/sugar mixture and using the beaters, mix on medium speed until the dough comes together to form a large, soft clump.

Next, sprinkle in the chopped chocolate pieces and mix the dough with a spoon until the chocolate is evenly distributed.

Transfer the sweet cookie dough onto a piece of baking (greaseproof) paper, smooth into a rough log shape with your spoon, approximately 5cm in diameter and roll the paper (Californian Roll style!). Wrap the cookie dough log in cling wrap and refrigerate for at least an hour or overnight.

When you're ready to make your home smell like cookies (Who am I kidding? When you're reading to devour cookies à la that blue hairy monster), preheat your oven to 180 degrees Celsius, then line a baking tray with baking paper. Slice the cookie log into 2cm wide disks, then carefully place the soft cookies onto the baking tray taking care not to overcrowd them. 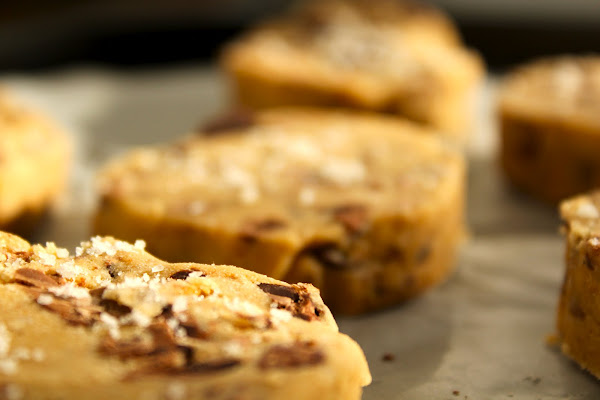 Softly press any crumbly pieces of cookie back into shape, then sprinkle each cookie with fleur de sel and bake for 8 to 10 minutes. 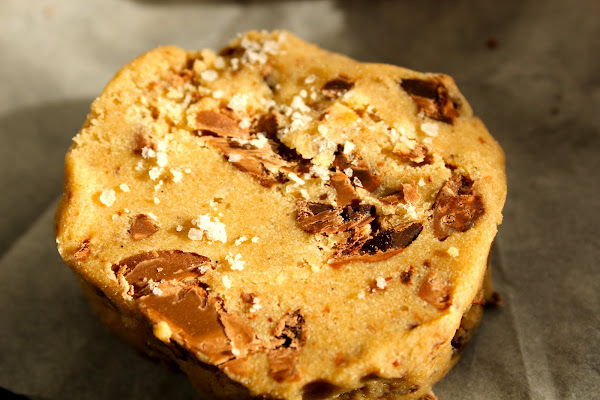 They will be cooked when the outside edge has turned a soft golden colour and the middle of the cookies remains soft. 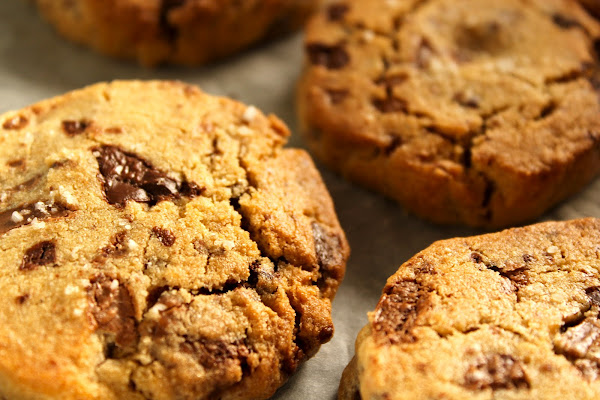 Check the cookies after 8 minutes, then closely monitor them for the final two minutes. You can prepare the next tray of cookies whilst you're waiting. It's important not to continue baking the cookies until they are entirely golden as you won't achieve the soft gooey centre, and that's not cool! We don't want hard biscuits, we want soft-centred, melt-in-you-mouth chocolate chip cookies that stay soft in the middle on cooling. 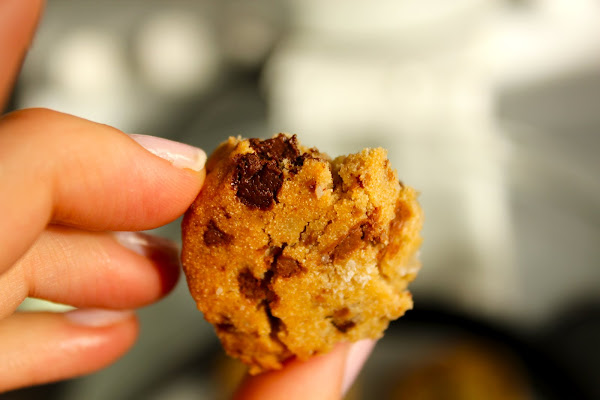 Leave to cool on the tray a few minutes before devouring. For those of you who are new to fleur de sel, you will be pleasantly surprised. It's not an aggressive salt flavour that overpowers your chocolate, but rather mildly enhances the cookies.